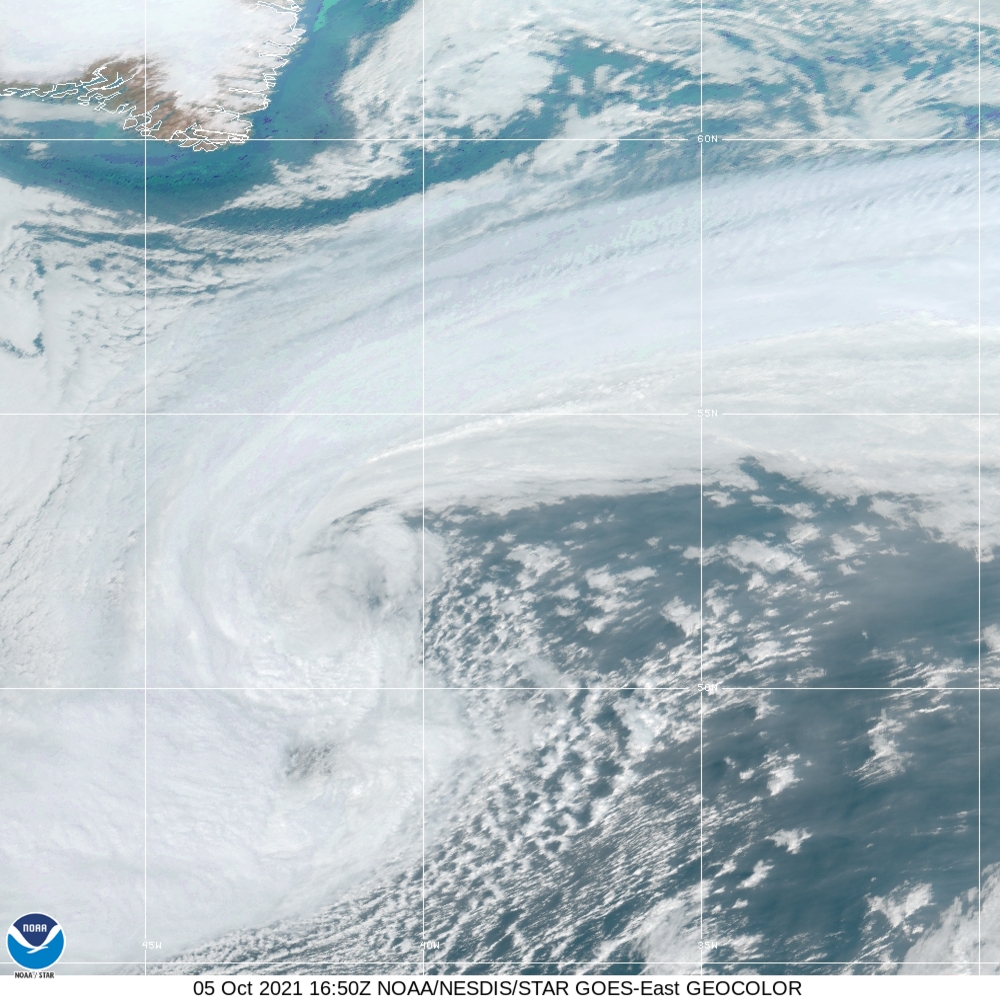 For the North Atlantic...Caribbean Sea and the Gulf of Mexico:

Special tropical weather outlook issued for the system located to
the north-northeast of Bermuda.

The National Hurricane Center is issuing advisories on Hurricane
Sam, located about 1300 miles east-southeast of the northern Leeward
Islands.

1. Updated: Recent visible satellite imagery indicates that a
well-defined center has formed with a surface low located a couple
hundred miles north-northeast of Bermuda interacting with an
upper-level trough. In addition, the low is producing gale-force
winds on the north side of its circulation. Additional development
into a subtropical storm is now expected, and advisories will likely
be initiated this afternoon as the system moves slowly toward the
north-northwest. Additional information on this system, including
gale warnings, can be found in High Seas Forecasts issued by the
National Weather Service.
* Formation chance through 48 hours...high...90 percent.
* Formation chance through 5 days...high...90 percent.

2. A gale-force, non-tropical low pressure system, the remnants of
Odette, is located less than 600 miles west of the westernmost
Azores. Showers and thunderstorms have mostly dissipated near the
low, and strong upper-level winds are now expected to prevent
further development as this system moves gradually southward until
dissipation. Additional information on this system, including gale
warnings, can be found in High Seas Forecasts issued by the National
Weather Service.
* Formation chance through 48 hours...low...near 0 percent.
* Formation chance through 5 days...low...near 0 percent.

3. A tropical wave is expected to move off the west coast of Africa by
the end of this weekend. Thereafter, environmental conditions are
forecast to be conducive for gradual development, and a tropical
depression could form by the middle of next week while the system
moves westward at 10 to 15 mph over the far eastern tropical.
* Formation chance through 48 hours...low...near 0 percent.
* Formation chance through 5 days...medium...50 percent.